BNL Karting Series Round 2 review – Racing hard, whatever the weather! 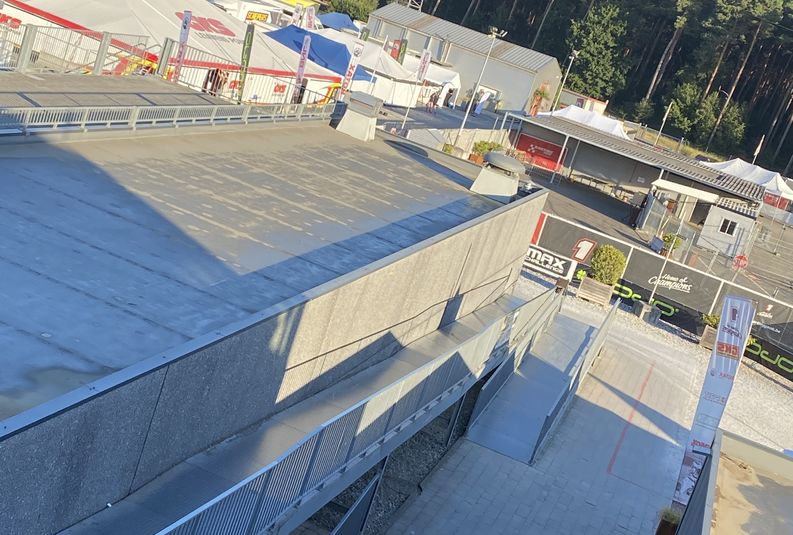 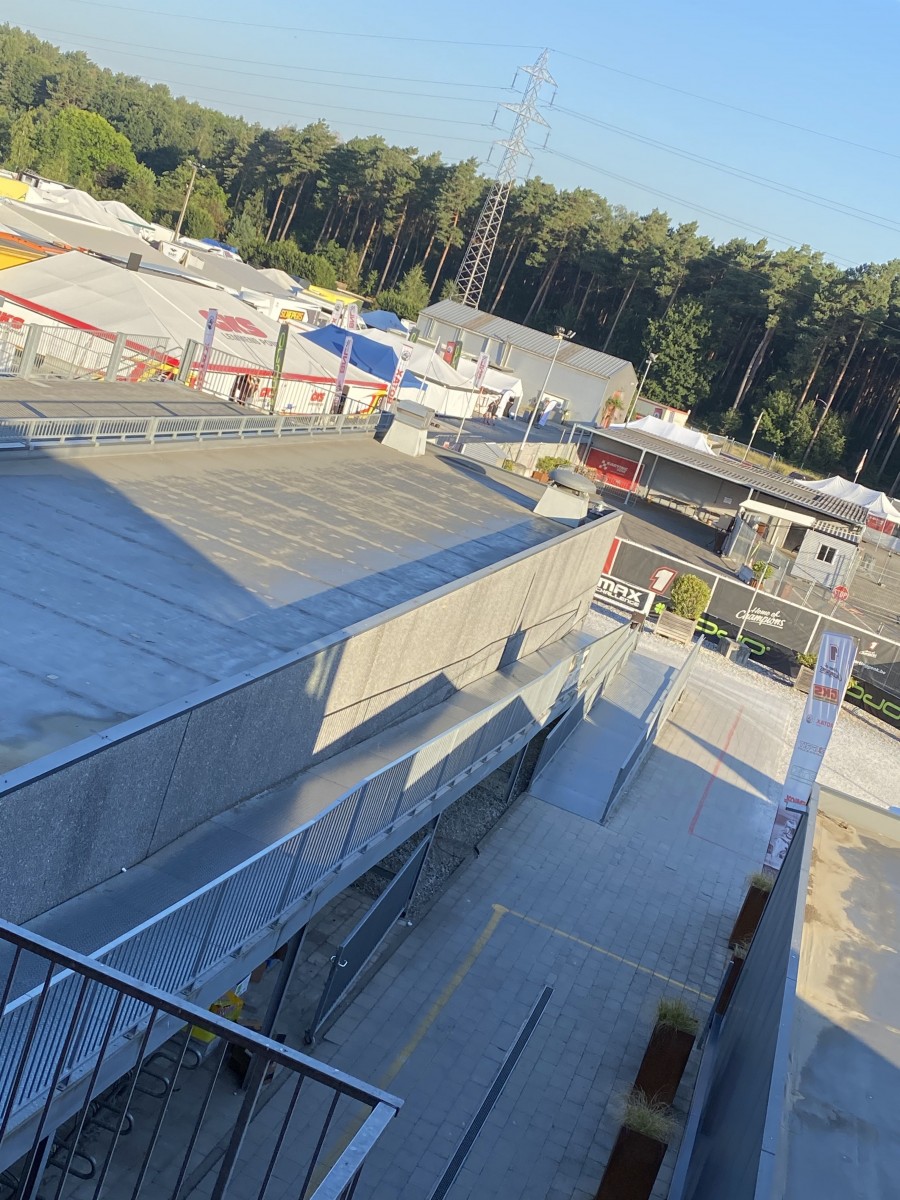 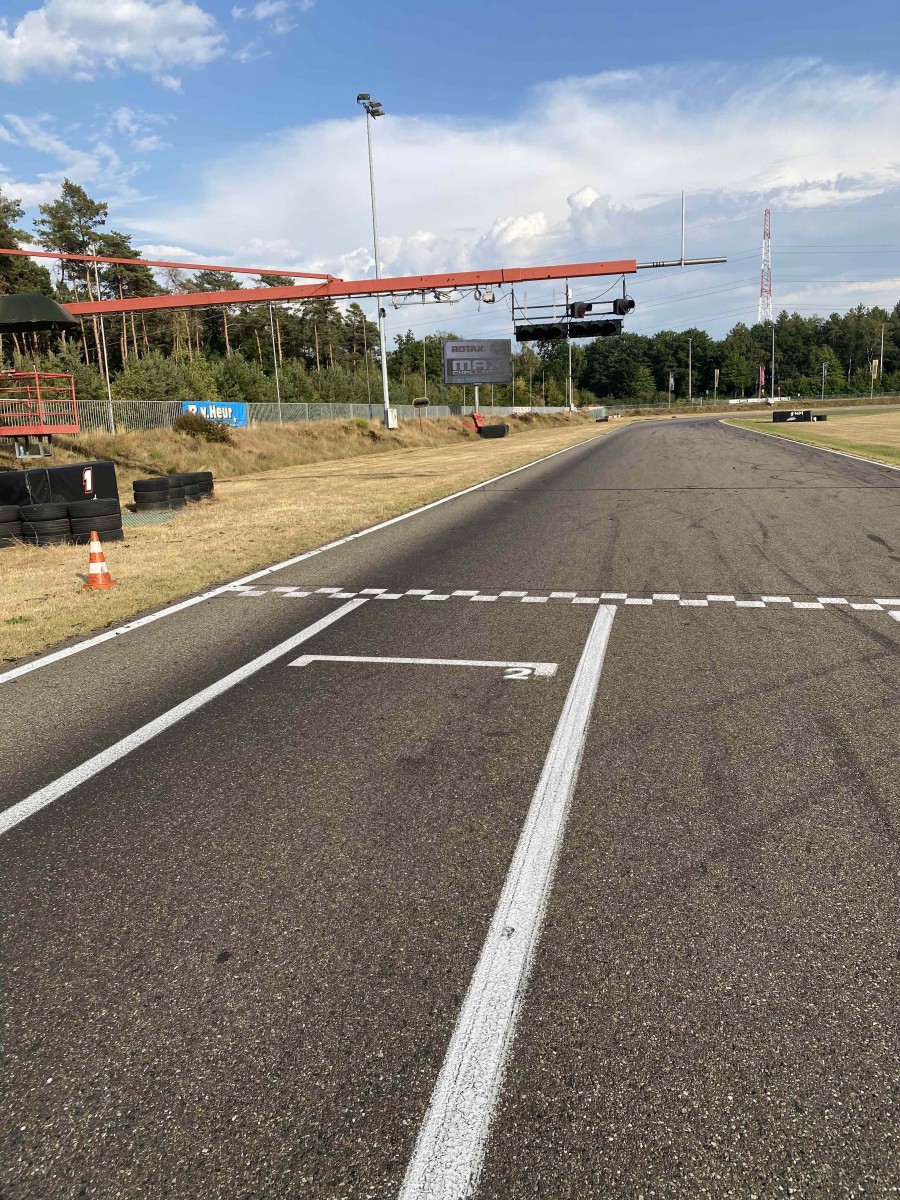 The second round of the 2020 BNL Karting Series season made it’s return to Karting Genk, the “Home of Champions,” a mere two months after the exciting first race weekend of the season back in early August.

The customary weather micro-climate made an impact throughout proceedings during the two days of competition at the 1,360-metre circuit in the Limburg region, which saw over 80 drivers from almost ten different nations go into battle.

Even with the coronavirus pandemic restrictions limiting the total field to the numbers that were able to make the restrictions, it did not detract from the close-quarter action over the 20 races that took place.

Micro MAX – Sadurski and Houben share the spoils of glory!

Despite a 100% percent success rate, Max Sadurski (#19 – NED), would still continue to lead the standings, despite the best efforts of Mees Houben (#8 – NED), as the pair both took two victories and two second place finishes. Houben would win both races after great battles with Sadurski on Saturday, whilst Sadurski fought back and was untouchable on the Sunday, which showcased the Dutch driver’s prowess in the dry conditions.

Mats Van Rooijen (#3 – NED) would have a solid and consistent weekend, taking third place in all four races, but would not be fast as the leading duo to be in contention for race victories. Jake Menten (#31 – NED) would challenge Van Rooijen in the first pre-final on Saturday, but a spin on the Europalaan would deny the youngster a best finish since the first round in August.

Yenthe Moonen (#10), the sole Belgian in his first race weekend, would navigate the weather and the circuit to finish all four races, whilst Boaz Maximov would withdraw from the event itself ahead of the finals day on Sunday.

Thomas Strauven (#199) would again rule the roost on home soil, and extend his lead in the overall standings, taking three out of four wins at Genk, with nearest rival Mateja Radenkovic (#196) doing his level best to keep his countryman honest, taking a third and two second place finishes, along with a victory on the final race of the weekend to hit the runner-up step on the weekend podium.

Reno Francot (#111) would suffer a blow to his efforts on the first day, as the Dutch driver would retire whilst battling for the lead on the Final on day one, but would still take third in the weekend result. Nando Weixelbaumer (#146), the lone Austrian competitor that opted to venture to Genk, was also showing good pace, but a combination of bad luck and incidents on track saw him drop to fourth overall for the weekend.

He finished ahead of Belgium’s Jasper Lenaerts (#177), who would take his best result of the season in the final on Saturday with a third place finish, having battled hard with the likes of Vic Stevens (#169 – BEL), Thijmn Houben (#105 – NED) and Mick Van Den Bergh (#129 – NED) amongst others.

With a 15-point advantage to secure the overall weekend win, Kai Rillaerts (#274 – BEL) showed that he would also be in clear contention for the overall title, taking a double win on the Saturday, which puts him level on points with JJ Racing team mate Lucas Schoenmakers in the overall standings. The #210 from the Netherlands would take a third and two second place finishes to take second in the standings, based on countback, along with the runner-up spot on the podium on Sunday afternoon.

Tim Gerhards (#205 – NED) is still in the hunt for the title, despite having been hit with a ten-second penalty in the first race of the weekend, and a race to forget in the final one of the weekend. A second and third place during the weekend now sees him in third overall, four points adrift. Max Knapen (#248 – NED) ended up moving up the standings table to fifth in the standings, after a great day on Sunday, which saw him take third in Sunday’s Pre-Final and the win in a dramatic final later that afternoon.

Despite having a transponder issue in qualifying, which saw no time registered for Jens Van Der Heijden (#254), the Dutchman would impress with a spirited drive all the way through the weekend, that saw him take an emphatic third place in the final race of the weekend, which saw the most emotional finish line celebration at the last chequered flag for the class.

Christiaan De Kleijn was excluded on Sunday, after unsporting conduct was seen in the battle between the CRG driver and the #267 of Teun Schmidt in the Pre-Final, which saw the latter spin around on the grass after an abrupt move to the right by the former.

KR-Sport’s Sean Butcher (#357 – GBR) now commands a hefty 42-point lead after the second round of the season, which was capped off by an epic battle between himself, Milan Coppens (#344 – BEL – Bouvin Power) and SP Motorsport’s Dreke Janssen for the final win of the weekend, which saw the Brit secure the win with just three corners to go.

Luca Leistra (#372 – BEL) would factor in to the second, third and fourth races of the weekend, taking a win in race three, a second in race two and fourth in the final race. This did not just end up securing him not just the runner-up spot on the podium, but third in the standings overall, 27 points behind Mike Van Vugt (#376 – NED – RB Motorsport), who had a difficult day on Saturday, which included a non-points finish in Saturday’s second race.

Coppens completed the podium having taken two second place finishes, which included the final that saw him pass Janssen on the last corner of the final lap of the race, meaning he now closes the gap up to Leistra to just one point, thereby putting him fourth in the standings.

Andreas Hebert (#321 – DAMES Racing Team) and Arthur Roche (#337 – PKS Compétition) would make it a French 4-5 in the overall event results, with the latter taking the opening win of the weekend, before his weekend went on a downward spiral on Sunday, Hebert faired better than his countryman, in terms of overall consistency, taking two third places on Saturday, but did not fair as well on Sunday.

DD2 – Clash of the Belgians titans on home soil!

DD2 saw some of the most exciting and dramatic scenes from the race weekend at Genk, as it was a battle between Bouvin Power team mates Glenn Van Parijs (#415 – BEL) and defending champion Xander Przybylak (#401 – BEL) to who would get bragging rights for the weekend result, but it was a very close-fought affair for the top three result, which was covered by just two points.

Sunday’s Pre-Final saw Van Parijs go up the inside of Przybylak to take the lead with 90 seconds going into turn seven, with the latter retaking the lead before the next corner. Van Parijs would then strike back at turn eight, which saw the pair come together, with Przybylak having to pull his kart back onto the circuit to finish the race, which was won by Mick Nolten (#403 – NED – GKS Lemmens Power).

Przybylak’s spirited drive in the last race of the weekend from 14th and last to second, showed the drive of a true champion, as having the opposition in front motivated him to pull off some incredible overtakes, including an outside overtake at turn seven on Sébastien Degrande with just over three and a half minutes completed.

Przybylak would then take victory in the weekend result on countback, despite having been level on points with Van Parijs, with France’s Paolo Besancenez (#453) taking victory in the last race of the weekend to take the final step on the rostrum, after also securing two third places earlier during proceedings.

Van Parijs now has a 30-point lead over his team mate going into the final round, with Nolten and Jarne Geussens (#490 – BEL - SCHEPERS RACING) moving their way up the table, surrounding Bas Lammers, who was not present due to other commitments, putting Nolten third and Geussens fifth in the standings.

DD2 Masters – Champion moves ahead after a great weekend in Belgium!

It was almost a perfect weekend “in the office” for PKS Compétition’s Rudy Champion, who took three wins at Genk to not only hit the winner’s step on the podium, but would also overtake Christophe Adams (#555 – FRA) in the lead of the standings by 34 points going into the final round. Champion would lose out to defending champion Carl Cleirbaut (#510 – BEL – Bouvin Power) for the victory for race two on Saturday afternoon, but it was a stellar performance from the Frenchman all round.

Cleirbaut would finish on 81 points for the weekend, after difficulties for the Belgian at the opening round back in August, but he would take second place in the event result, pushing him up to fourth overall, 11 points behind Great Britain’s Tamsin Germain (#525), who had a consistent weekend, with a second and fourth helping her to the final step on the weekend podium. Adams, however, who was struggling with a right forearm issue, still managed to make it fourth in the weekend classification, taking two third place finishes on Saturday, and finished fourth in both races on Sunday.

"It was fantastic to see so many familiar faces in the paddock, and we had some really great racing all the way through the weekend, bringing back the welcome competitive spirit and friendly atmosphere of the BNL Karting Series at the 'Home of Champions,'" stated a very happy Dave Ritzen, BNL organizer, who is looking ahead to the final race weekend of the season.

"We look ahead and look forward to crown our 2020 champions here once again at Karting Genk, even with the corona virus pandemic still placing hefty restrictions, we will keep leading by example, follow the rules and keep on racing with our hearts!"

Vorige
on Facebook on Google+ on LinkedIn
30
sep Blog